Administrator
Reports say that Ronald Jones has been working diligently on his pass catching skills. Here's to hoping they have spent time teaching the kid to pass block. Also he has "beefed up."

MongerKhan said:
Rumors flying that the Seahawks offered Wilson for Browns #1 pick in 2018.

No idea why this is relevant now...
Click to expand...

Okay I can back fill, yes this DID happen. Before Wilson got his latest contract extension, Seattle and Cleveland did talk in 2018 for the #1 pick. NO agreement was made, and history shows us Cleveland went with Mayfield. However, it is why Wilson has a no-trade clause in his current contract.

This was all shared on PFT on TV when they were talking "un-trade-able" players.

Social distancing was apparently not being followed.

TMZ has the details on what happened.

Dunbar and Baker were at a cookout in Miramar, Florida on May 13th when argument broke out and Baker took out a semi-automatic firearm.

Cops say Dunbar assisted in taking watches and other valuables at the direction of Baker.Cops say Baker directed a 3rd man to shoot someone who had just walked into the party.

Some people at the party believe it was a planned robbery because when the 3 men were done taking valuables, there were 3 getaway cars strategically positioned to “expedite an immediate departure.”

One witness told cops they met Baker and Dunbar a few days earlier and the two players lost around $70,000 at a party. Circumstances of which are unclear in the report.

Baker was a first-round pick of the Giants in 2019. Dunbar was traded to Seattle for a fifth-round pick earlier this offseason.

According to Dan Duggan of The Athletic, Baker didn’t participate in the Giants’ virtual meeting today or any of the other meetings during the team’s voluntary minicamp this week.

Administrator
You have to be kidding me here.

Administrator
- TE Eric Ebron has passed a physical - so deal with Pittsburgh has been finalized
- Sean Payton doubling down on his praise for Qb Taysom Hill - stating on radio show that he will be a great NFL Qb
- James Harrison former Lb for Pittsburgh mentioned in an interview how HC handed him an evelope of cash after a big hit on TE Heap. - Oops...
- Aaron Rodgers going to talk to the press sometime today - oh this could be good...
- Falcons OC expects a jump from Wr Russell Gage
- Geno Smith has resigned with Seattle for one year - Back up Qb for Wilson
- NFL expected to give guidance on when team facilities can open again soon
- Redskins sign Cb Aaron Colvin

Commissioner Roger Goodell released a memo stating "clubs may reopen their facilities beginning on May 19."

No players (except for medical/rehab purposes) or coaches will be allowed to show up yet, but it's a start. Goodell added this can only be followed if state and local regulations allow them to do so. There are restrictions on the percentage of the staff that can show up (no more than 50 percent) and for the total number of people in the facility (75). It seems to be a positive development in the league's quest to start the 2020 season on time.
Click to expand...

The Douglas County Sheriff's Office was called to the Zenith Meridian Apartments in Englewood, CO on a call of shots fired indoors. Latimer was taken into custody on charges of assault in the second degree, menacing, illegal discharge of a firearm, prohibited use of a weapon, and reckless endangerment. He's currently being held on a $25,000 bond. Given the charges, his place on Washington's roster is in doubt.
Click to expand...

Administrator
In the take it for what it is vein......
- Matthew Stafford has put his home in Michigan up for sale - mentioned only as this was how the whole Tom Brady stuff started, and Detroit did have trade talks with other teams
- Raiders talked to LeSean McCoy prior to signing Devontae Booker - wow, how the mighty have fallen
-

Might have been the best job Rodgers ever did in a presser. 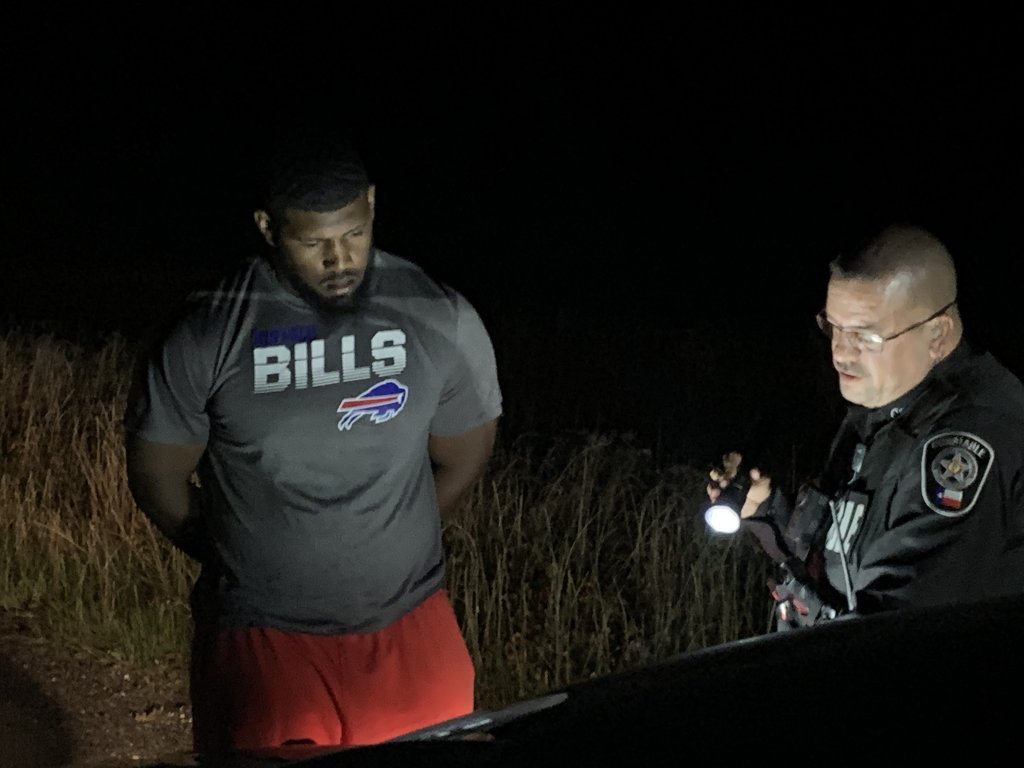 Just before 9 pm a motorist called 911 and reported a white Ford Superduty pickup pulling a trailer with a "dune buggy" on it. The driver reported they were westbound in the construction area of State


Social distancing was apparently not being followed.
Click to expand...

Baker has been told by the Giants to not attend virtual team meetings.

Administrator
- Couple of follow ups on Dunbar and Baker - per PFT - Both have turned themselves in and been released on bail. One story by PFT has the Giants admitting they had concerns about drafting Baker, and evidently he has some other issues last year.
- Tuesday of this week Arizona will open its training facility with limited staff
- NFL is talking using draft compensation for teams that make minority hires to help get more minority leaders in the NFL.
- S Anthony Harris has accepted his FT tender - so evidently no trade away from the Vikings
- Add Falcons to the group opening training facility Tuesday, but not the Giants
-

- NFL is talking using draft compensation for teams that make minority hires to help get more minority leaders in the NFL.
Click to expand...

Per one story I read, Anthony Lynn isn't a big fan of this either.

Administrator
- Bills are not keeping DT Ed Oliver out of virtual practice - he has 2 misdemeanor charges
- Colts - expected to use Hines more in offense - kay...
- Leighton Vander Esch Lb Dallas is feeling good as new, per him - he had off-season neck surgery

That is an upgrade from the previous requirement of one minority candidate since the implementation of the Rooney Rule. Now broken, teams have simply been handing out interviews to minorities knowing they weren’t going to get the job. This will hopefully improve things. Additionally, teams will now have to interview a minority for open coordinator jobs. That wasn’t part of the original Rooney Rule.

Administrator
- Lawyers for both Baker and Dunbar expect charges to be dropped, evidently those who said they did it aren't exactly the best of society, and have some kind of criminal records.
- Michael Thomas and DeVante Parker got into on instagram - Lets just say Thomas is NOT a big fan of Parker..
- More good news about Big Ben - he got a shave and a hair cut, and is already throwing to Wrs and Rbs - Needs a come back season for Pittsburgh
- Ty Montgomery has signed with Saints and feels he has found a team to learn with - yeah but at Rb or Wr??

Administrator
NFLPA medical director Thom Mayer said the league and union are working on an N95-like device to use on face masks for when players return.

"These modified face masks, which may include some form of either surgical or N95-like material in it, for a player...getting the helmet off, putting the mask right on afterwards, maintaining social distancing when not on the field as much as possible, using single-use hydration whether it be water or Gatorade...just every little detail anybody who's got a risk, I'd advise them to be zealous, religious, and frankly maniacally committed to minimizing the chance of spreading the virus," Mayer said. The league will undoubtedly instill some form of protection for players upon returning, and that likely won't end with upgraded face masks to wear on the field and along the sidelines. Viewers should continue to prepare for a very unique season.
Click to expand...